Peach is the 2007 World Pool Champion 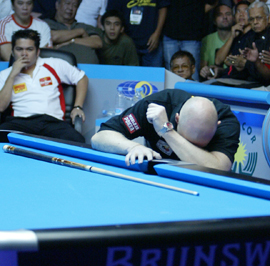 Peach, 35, defeated Filipino Roberto Gomez 17-15 in one of the best finals ever.

The match, at the Araneta Coliseum, Manila was full of twists and turns as both players had the lead.

But the decisive moment came in the 31st rack when Gomez missed a pot at the 9-ball, which may haunt him for the rest of his life.

Peach then held his nerve to take the last two racks and become the first ever English World Pool Champion.

With no shot on the 1-ball off the break, it led to a lengthy safety exchange. But the critical moment came when Peach banked the 1-ball in across the table.

The rest of the balls were nicely placed and it would be a question of if he could hold his nerve. He did and he sunk the final 9-ball to become the 2007 Philippines World Pool Championship.

R31 Roberto Gomez 15-16 Daryl Peach
Rack 31 was full of drama. Peach saw a table-length bank on the blue 2 rattle in the jaws of the bottom left pocket but stay on the cloth.

However, Gomez then missed the orange 5. As soon as he saw the ball fail to drop he stood there motionless, knowing that he could have just blown his chance to win the championship.

There was yet another further twist as Peach lost position going from the 8-ball to the 9-ball. That left a tougher shot than anticipated and he then missed a table-length bank on the 9-ball.

But the drama was not over yet. Gomez had a shot at the 9-ball, which would have looked easy for him throughout this tournament. Though this was the pressure-cooker of the World Championship final and the pressure got to him. He then punched the table in frustration.

Peach sunk the 9-ball to move to the hill, one away from glory. 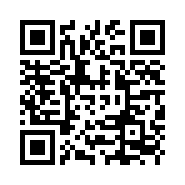